Yes, this is another Austen-related post, but I'm annoyed, so bear with me. It's also extraordinarily long, so unless you're as nuts about Jane as I am, you'll probably be lost pretty quickly.

I'm taking a class this semester focusing on 19th century British novels. Naturally, the first thing we read was a Jane Austen novel. Emma was what the professor picked as the most appropriate to our overall discussions, so for the last 3 weeks we've been working our way through the book. Wednesday brought us to the end of the book, Jane married Frank, Harriet married her farmer, Emma married Mr. Knightley, and there was much rejoicing.....

....or not. This is where my annoyance comes in. My professor (who admits to being a Marxist critic) finds the end of Emma, "depressing" and "creepy." He feels that, in marrying, Emma completely loses her identity and is "subsumed" by Mr. Knightley. She no longer has the ability to function on her own, her wonderful feminist autonomy is lost, and she becomes, "the good little wife." ('Cuz, you know being a good wife is such a horrifying fate.) On top of this, as he stated, this was a loveless marriage and contracted for purely economic reasons. Mr. Knightley marries Emma to enlarge his estates, and Emma marries Mr. Knightley to secure her place as the queen of the neighborhood.

Now, this morning as I was brooding on the disagreeable sensation of Marxist criticism being perpetrated on Jane Austen, another "proof" against this particular theory came to me. It's actually part of the text that the prof used to prove his own point, but I think it makes much more sense in terms of the way Jane Austen actually seems to have thought and wrote.

The Prof pointed out a line in which Hartfield (Emma's home) is described as, "inconsiderable, being but a sort of notch in the Donwell Abbey estate, to which all the rest of Highbury belonged." The prof took this as meaning that, in allying himself with the Woodhouse family, Mr. Knightley (the wicked wealthy white male....slightly paraphrased for the sake of aliteration....) is completing his "takeover" and enriching himself, while simultaneously overcoming the only person who ever argued with him-- Emma.

So, I'm a silly, slightly flightly, romantic chick, but I take this passage to mean something completely different. Emma, like Hartfield, is independent and not in a bad position. She is happy as a single girl and, believes that her situation, "cannot really change for the better." However, she is also deeply flawed and she has a penchant for messing things up. She needs Knightley's judgment and advice to keep her in check. Like Hartfield, she is not meant to exist on her own.

Donwell, on the other hand, is a great estate, encompassing the entirety of the neighborhood, excepting only Hartfield- the missing "notch." Likewise, Mr. Knightley seems to be doing just fine on his own. He has many friend, business to keep him occupied, and more money than ANYONE could know what to do with. Despite loving his home, however, he is constantly to be found at Hartfield visiting Mr. Woodhouse and Emma. Like Donwell, Mr. Knightley is incomplete. He is also not meant to be alone.

It is only with their marriage that Emma and Mr. Knightley are made whole, no longer missing any pieces or attempting to stand on their own. At the same time, the Hartfield and Donwell properties are rejoined, completing the property. There are so many directions in which this idea could be taken.... Personally, I think all of those potential directions make far more sense than the anachronistic Marxist reading we were given in class.

It should not come as a surprise that we disagree on this. Everytime I speak in this particular class, the professor disagrees with me. NOTHING I say seems to make any sense to him. I get the feeling that I've already exposed myself as a sexist, bourgeois, conservative, pro-marriage type. (Ooops, I think I said in class that being married was preferable to working as a governess. Bad, bad emancipated female.)
Posted by Bethany at 9:25 PM 2 comments:

I had known for over a year that there were new Jane Austen adaptations in the works, had heard about them from acquaintances who were privileged enough to see them when they premiered in Britain, and I had even written down the US airing dates on a sheet of paper...somewhere. I checked the PBS Masterpiece website a month or so ago, just to make sure I knew exactly what was coming. With all of that anticipation and preparation, I still managed to miss the first two adaptations. Very annoying.

Last night, however, I remembered that "Mansfield Park" was going to be showing. Bean and I had to get some studying done....the sort that can't compete with Jane, so my mother set the TiVo to record it. Rather than doing the responsible thing and watching the State of the Union address tonight, we watched "Mansfield Park." (And drank chocolate tea, of all things.)

I was pleasantly surprised. MP is probably my least favorite of Jane Austen's novels, and I have always had a hard time warming to the main characters (especially Edmund) , but the movie allowed them to be charming and likable. The movie was a little too short and thus a little shallow. There was very little off Jane's original dialogue, which was definitely missed, and I am ambivalent about the casting of Fanny. The actress was a little too awkward and gawky, and the running around (hair wild!) bugged me a little. Someone in my literature class this afternoon had complained that, although the movie was good, Fanny Price was too "pretty." I have to disagree....she was far from being too pretty, either by Regency or modern standards.

Edmund was lovely. Something about the way he was played really charmed me, and I still can't figure out what it was.

Over all, I have to say that I approve. It was by no means a perfect adaptation, but I enjoyed watching it, and I felt like I got a good dose of Austen

Next Sunday evening will bring "Miss Austen Regrets" with the lovely Olivia Williams (who will always be Jane Fairfax to me, although no other casting from that particular version of "Emma" has stayed with me.)
Posted by Bethany at 9:38 PM No comments:

A New Way to Waste Time

I have already spent too much time this evening doing this, and I anticipate that it will become a splendid way to avoid doing homework.

From my mother's blog:

Directions:
1. The first article title on this page is the name of your band.
2. The last four words of the last quotation on this page is the title of your album.
3. The third picture on this page, no matter what it is, will be your cover artwork.
4. Take the artwork, your titles, and use a photo-editing program to paste them together.


Here are some of my albums, although I can't imagine what some of them would sound like. 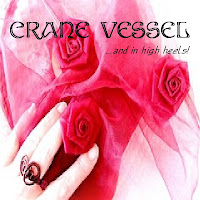 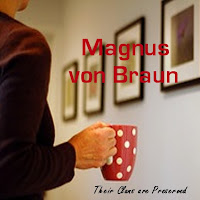 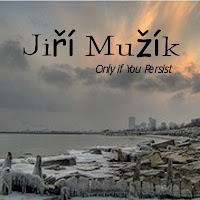 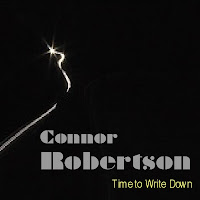 Posted by Bethany at 8:23 PM No comments: 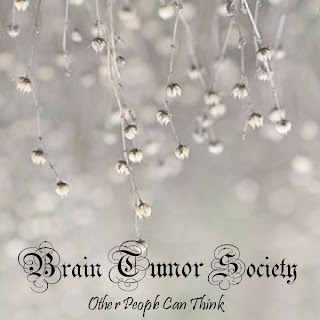 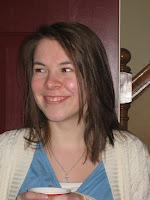 I finally gave up. My long hair has been causing problems for quite a while and this week I decided to get rid of it. So, today I got a REAL haircut for the first time in 6 years. The stylist, Megan, took over 15 inches off, and now my hair is bouncing and swinging around my shoulders. I think it's pretty darn cute.

I didn't let any of my extended family (uncles, aunts, cousins, grandparents) know that I was doing this, and I am anxious to see what they think. I could very easily imagine certain cousins not being very happy with me.
Now, the real question is whether of not anyone will recognize me without the looooong hair. We'll find out tonight at church, and also later at the Sabre ofBoldness ceremony.
Posted by Bethany at 3:49 PM 3 comments:

There are only three hours left before the next semester officially begins. Roomie-Bean and I have been throwing a weekend-long pre-class shebang. We bought lots of chocolate, Mountain Dew and Dr. Pepper, ice cream, Twizzlers (inspired by Project Runway), and Bean made chocolate chip cookies. We've watched a movie each night (Carrie on Friday night, and the only scary part was the hair.) Our friend Audrey was here Friday and Saturday night, and last night we had "menfolk"
over to share our junk food and play Cranium.

Don't fall over, faint, swoon, gasp in surprise/horror or anything else. Yes, I am posting something.

I've made a discovery that has horrifying implications. The discovery is this: I only blog when my bedroom in clean. What this says about the state of my room most days, I don't even want to consider. To tell the truth, I probably haven't seen my floor since I posted last. Right now, however, it is lovely and organized, thus I am blogging. One thing that became clear as I straightened, organized, and dusted, is that I need another bookshelf. There are books stacked four feet high against one bookshelf, and the other has books stacked two deep one some of the shelves. This seems like a very good problem to have!
Posted by Bethany at 4:32 PM 5 comments: